by admin in Blog Posts, Cross-Border Taxes, ITIN, US Taxes 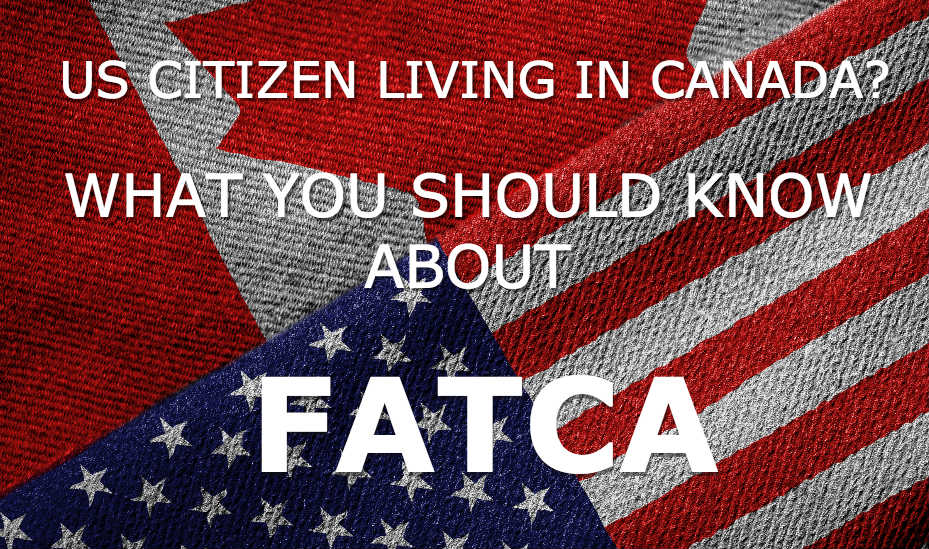 (Part I) FATCA: Information for U.S Citizens Living in Canada

The Foreign Account Tax Compliance Act (“FATCA”) was enacted as a part of the Hiring Incentives to Restore Employment Act (the “HIRE Act”) on March 18, 2010. FACTA is intended to curtail and prevent U.S. tax avoidance by U.S. persons with accounts and investments held outside of the United States. As of July 2017, 117 jurisdictions around the world have concluded intergovernmental agreements (“IGAs”) with the United States regarding the implementation of FATCA.

FATCA was enacted in response to the estimated cost of individual tax evasion of over US $40 – $70 billion due to offshore tax non-compliance.

Does FATCA Impact You?

For an average U.S. citizen living in Canada, FATCA and its implications may not have a huge impact. So long as you are not laundering money or are engaged in tax evasion, you can be compliant with FATCA reporting and filing requirements. All you need to do is to know your current filing and reporting obligations. Better yet, talk to your qualified U.S. tax advisor, if in any doubt. Certain high-income U.S. taxpayers holding financial assets outside the United States are required to file Form 8938, Statement of Specified Foreign Financial Assets in addition to filing Form 1040, U.S. Individual Income Tax Return with the Internal Revenue Service (IRS). There are serious financial penalties and potential criminal penalties for failure to report those financial assets. Do not confuse Form 8938 with Form FinCEN 114, Report of Foreign Bank and Financial Accounts (“FBAR”). These are two different forms that have some similar, but separate and different filing and reporting requirements. As with any tax law, there are many detailed technical requirements which you might not be aware of, so it is always recommended that you consult a qualified tax professional who has experience working with FATCA and U.S. tax law. At U.S Tax IQ, we have helped many U.S. citizens living in Canada maintain compliance with their U.S. taxes while minimizing costs and penalties.

If you are a U.S Citizen living in Canada and have questions about FATCA or U.S – Canada tax filing compliance

FATCA is not Canadian legislation. FATCA is implemented in Canada through an IGA and domestic Canadian legislation. Canada has a Model I IGA with the U.S. Government. Pursuant to Model I IGA, Foreign Financial Institutions (“FFIs”) are required to report certain information on U.S. account holders to their tax authority that in turn exchanges that information with the IRS. In Canada, Canadian financial institutions report the required information to the Canada Revenue Agency (“CRA”). The information reporting by Canadian financial institutions to the CRA began on July 1, 2014, and the exchange of information with the IRS began in 2015. Since 2015, the CRA has already transmitted to the IRS the relevant information twice – in September 2015 and 2016.

Under the Canada-U.S. IGA, Canadian financial institutions are required to review existing and new client accounts to look for indication of U.S citizenship, such as a U.S. issued identification being used to open an account, place of birth, or a U.S address associated with said account. The banks use other U.S. person indicia. Each Canadian financial institution was required to undertake substantial due diligence procedures on identifying accounts that are required to be reported to the IRS. By this time, most existing U.S. account holders would have been identified.

FFIs are defined broadly and are not only limited to banks. FFIs also include brokerage and custodial accounts, mutual funds, insurance companies, investment entities, annuity contracts, and other similar entities. Importantly, FFIs include certain trusts. Given the popularity of trust planning in Canada, this is one of the areas of potential FATCA compliance concerns. Some nonfinancial entities are also required to report certain information about substantial U.S. owners, although that is typically done on Form W-8BEN-E, Certificate of Entities Status of Beneficial Owner for United States Tax Withholding and Reporting (Entities) that is used by U.S. withholding agents to determine the proper rate of U.S. tax withholding.

Under U.S. tax law, U.S. citizens must file their income tax returns with the IRS regardless of their country of residency, as long as certain income threshold requirements are met. Despite living in Canada and paying taxes to the CRA, U.S. citizens must still file with the IRS. Information reporting under FATCA is merely a reporting requirement, not a tax liability. So long as the individual discloses to the IRS the appropriate account information, they will not pay subsequent tax on the reporting requirement. As such, in practice, unless a U.S. taxpayer attempts to evade tax, she/he should have no issue with their foreign financial asset or account disclosure.

In our next post, we will delve further into filing threshold requirements and discuss who is required to file Form 8938 with their U.S income taxes.